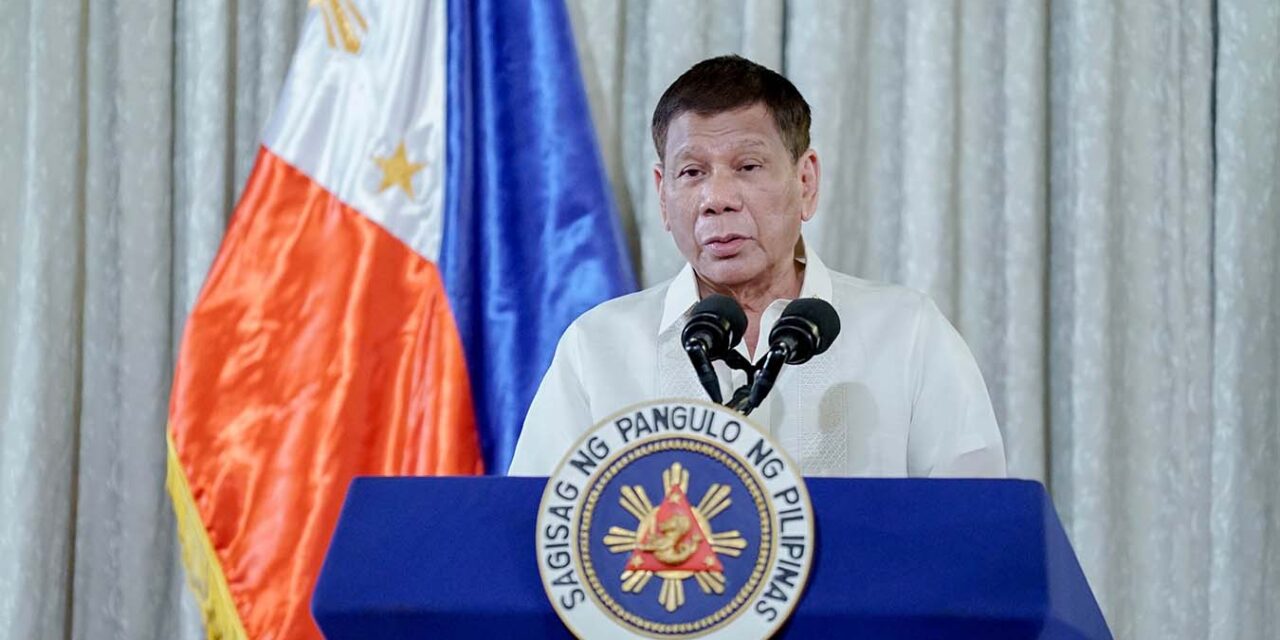 MANILA, Jan 12 (Mabuhay) — President Rodrigo Duterte said his administration is ready to step down if Filipinos will choose to support the New People’s Army (NPA), the armed wing of the Communist Party of the Philippines (CPP), over the government.

“Kaya kayo mga Pilipino mamili kayo. Mamili kayo sa NPA o sa gobyerno na ito. Kay kung magsabi kayo na gusto ninyo ang NPA, pamaraan, sabihin lang ninyo kay bababa na kaming lahat (So you Filipinos, choose. Choose between the NPA or this government. Because if you say you want the NPA, their methods, just tell us that, and we will all go down),” Duterte said in his prerecorded Talk to the People aired on state-run PTV4 late Monday night.

Duterte cited the 53 years long-standing extortion and other illegal activities of the CPP-NPA.

“Kasi kung mag — ang Pilipino magsabi gusto nila ng NPA, magsige sila bigay, magbaba na lang tayo. Ibigay na lang natin ang gobyerno sa kanila. Mag-retire na lang tayo. Kay mga Pilipino ‘yang mga nagsusuporta ng NPA (If the Filipinos would say they want NPA, we give it to them. We will go down. We will give the government to them. Let’s all retire since the Filipinos would support NPA),” he said.

Duterte lamented the communist rebels have been involved in protecting illegal loggers because they get a portion of the income.

Duterte added the NPA rebels have been hampering the government services, particularly the road constructions and other infrastructure projects, in the far-flung communities by means of extortion.

“They are everywhere. Iyong mga ginagawang highways diyan, nagre-repair, tinitingnan lang nila ‘yung anong construction kung sinong nagco-construct. Nakalagay man ‘yan construction—to be completed in date. Tapos ‘yun puntahan na nila, taxation (They would go after those highways that are being constructed or repaired, they will look after the construction company. Since the name of the contractor and date of construction are stated there. They would go after it for taxation),” he said.

Duterte said the NPA will destroy all the construction equipment if the contractor won’t pay taxes to them.

“So you cannot proceed with completing what is in the contract or how many days, ganoon (like that), because you have lost all equipment courtesy of the NPA. That is what is happening on the ground,” he said.

These extortions will lead to completing a sub-standard project, the President noted.

The CPP-NPA has been declared as a terrorist group by the United States, European Union, the United Kingdom, Australia, Canada, New Zealand, and the Philippines. (MNS) 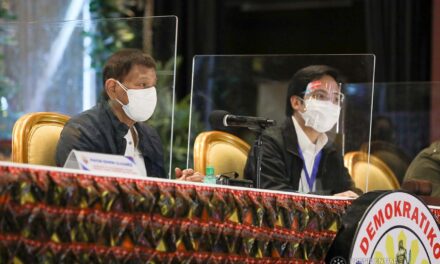