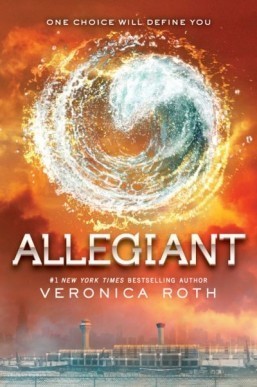 (Relaxnews) – The third and final part of the “Divergent” series, “Allegiant,” has brought in Noah Oppenheim to turn Veronic Roth’s young adult novel into a two-part screenplay.

“The Divergent Series: Allegiant – Part 1” is scheduled for cinemas in March 2016 and its conclusion for March 2017.

And as The Hollywood Reporter notes, at this stage Oppenheim’s services have been secured for the first part only.

Oppenheim has previously worked on not only September’s upcoming “The Maze Runner,” based on James Dashner’s 2009 young adult novel, but also as a producer on US TV news shows such as “The Today Show” and “Hardball.”

Already in place for the “Allegiant” movie are co-stars Shailene Woodley and Theo James, who appeared in March 2014’s “Divergent” and have “The Divergent Series: Insurgent” due March 2015; Robert Schwentke is in place to direct “Insurgent” but a director is yet to be attached for the remainder.