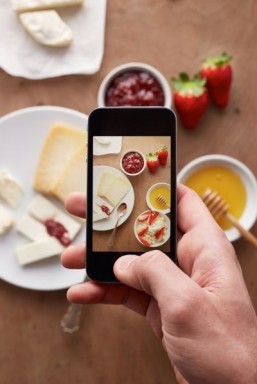 (Relaxnews) – Crowdsourcing, a modern day term for obtaining the opinion or help of a large community, could be the answer to making permanent, healthy changes in diet, according to a new study.

Researchers at the University of South Carolina found that participants rapidly take on a near expert level of nutrition savoir-faire as they rate certain foods for healthiness and research information on others.

Knowing that traditional methods of weight loss, such as tracking calories and portion size in a journal, are often abandoned as quickly as the idea is entertained, lead study author Gabrielle Turner-McGrievy says the goal of the study was to circumvent such tried-and-failed prescriptions.

“We know that self-monitoring the diet is a key component to weight loss but that adherence to self-monitoring tends to decline over time,” says Turner-MeGrievy in an interview with Relaxnews. “It can be difficult and burdensome to enter every food you eat or beverage you drink. Taking a picture and letting other users provide you with feedback is one way to decrease the burden, and maybe also add some fun to the process as well.”

In the study, researchers selected 450 photos that had been uploaded to the Eatery app by 333 users in Europe and in the US.

Next, they asked three public health students, all three of whom had completed relevant coursework in dietary assessment, to evaluate the foods in the photos.

The public health students were asked to rate the foods according to 2010 US Dietary Guidelines, which increased the complexity of their task relative to that of the leisure user.

This set of guidelines has for objective encouraging consumption of fruits, vegetables, whole grains, low fat unsweetened dairy products and low-cholesterol protein and reducing intake of foods high in salt, saturated and trans-fats, sugar, and refined grains and alcohol.

Researchers compared data obtained from the three students to that of the 333 leisure users of the app and found them to be similar, indicating a common understanding of the 2010 US Dietary Guidelines that expands to overseas territories.

“It was surprising that untrained users of the Eatery app did such a good job assessing the healthiness of the foods and beverages in the photos,” says Turner-McGrievy. “They did this without any training.”

Turner-McGrievy credits the success of the app with leisure users to its low-burden approach, which doesn’t require users to log portion size among other specifics and she heeds particular credit to the social aspect.

“It was appealing to me to find a way of getting around the hurdles of self-monitoring,” says Turner-McGrievy. “The human touch aspect of crowdsourcing seems to be an important source of support.”

The Eatery app, which allowed users to rate one another’s meals on a sliding scale in terms of healthiness, is no longer in existence since its parent company, Massive Health, was bought by Jawbone in February 2013.

Many crowdsourcing apps like Eatery have dissappeared in the wave of mergers and acquisitions that is sweeping the market for fitness apps and wearable trackers, in which new technology does the math, leaving the user out of the analytical process.

Perhaps technology has gotten ahead of itself.

“Wearables have gotten good at assessing physical fitness,” says Turner-McGrievy, “But we’re still not there in terms of diet.”

One such app still in existance is Eatly, which works similarly to the Eatery app and is available to download on Android devices and for iOS.

The study was published in the Journal of the American Medical Informatics Association.

We have not yet banned any journalist – Palace