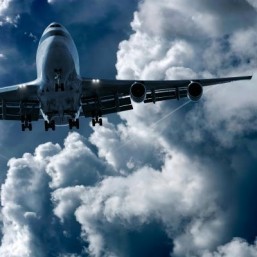 A new list ranks the cheapest airlines in the world.
©Stephen Strathdee/shutterstock.com

(Relaxnews) – No-frills airline Firefly out of Malaysia has emerged as the cheapest carrier in the world, according to number crunchers at a flight comparison site.

After averaging the cost of one-way ticket prices operated by low-budget airlines around the world, Whichairline.com has deduced that the cheapest airlines are located primarily in Asia, with Firefly taking the top spot for offering one-way flights that average as low as €30 — including checked baggage fees.

Firefly is followed by India’s SpiceJet, where average one-way fares go for €52 and Onur Air in Istanbul, where flights average €56.

Popular low-budget airline AirAsia out of Malaysia, meanwhile, comes fourth on the list.

Likewise, though Ryanair is widely considered to be the cheapest carrier in Europe, five other airlines bested the Irish-based carrier.

The cheapest carrier in Europe is Pegasus Airlines, where the average price per route, checked baggage fee included, comes out to about €65.

The Istanbul-based airline is followed by Air Lituanica (Lithuania), Vueling, germanwings, Wizz Air and then Ryanair.

After Asian, Indian, European and African carriers, Southwest Airlines is the first North American carrier to break the list, appearing at position 24.

Here are the top 10 cheapest airlines, including checked fees for a 20 kg bag: