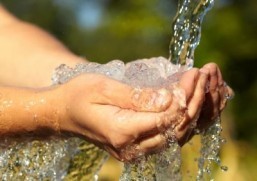 (Daegu, South Korea-AFP) – It’s arguably our most vital and precious natural resource, and one that is growing dangerously scarce from China to California, but no matter how much we value water, we’re not that keen on paying for it.

The issue of pricing water is extremely sensitive — socially, politically, economically — but it’s an issue that is being revisited with increasing frequency as warnings of a looming global crisis over water scarcity grow louder.

A recent editorial in The Economist and an op-ed piece in the New York Times — on China’s and California’s chronic water shortages respectively — both insisted that the best way forward was to raise prices.

The suggestion raises the hackles of those who feel pricing public water is tantamount to monetising nature, while others say there is simply no alternative given UN estimates that the world will face a 40 percent “global water deficit” by 2030.

“If you have an artificially low price for a product, you tend to consume more of it and tend not to give it importance,” said Angel Gurria, secretary general of the Organisation for Economic Cooperation and Development (OECD).

“It’s human nature. You give something away, people will take it for granted, waste it and not appreciate it,” Gurria told AFP in the South Korean city of Daegu where he was attending the World Water Forum — a seven-day gathering of policymakers, corporations and NGOs.

Nearly everyone who is connected to a water network pays something, but at hugely subsidised rates.

The argument for raising the tariff is that it would make consumers less profligate and provide income for utility companies to invest in more efficient networks.

Outdated, decrepit distribution systems in many developed nations are astonishingly wasteful, with the US Geological Survey estimating drinking water losses in the US at 1.7 trillion gallons a year.

But upgrades and retrofits are expensive, and the utilities generally don’t have the necessary funds.

Water bills are so low that they barely register with middle class consumers, but Ger Bergkamp, executive director of the International Water Association, warned against underestimating the “emotional value” people attach to water.

“You’d need to do a lot with the price to change behaviour. But anyone who says ‘ok, let’s whack it up 10 times and be done’ is going to face a revolution,” Bergkamp said.

It stopped short of a full-fledged rebellion, but tens of thousands of people took to the streets of the Irish capital Dublin last month to protest new water charges.

NGOs dedicated to getting drinking water and sanitation to the most needy are largely sceptical about the effectiveness of tariffs as a conservation tool, although they don’t rule out the need for pricing.

“Water is a right, but then so is food and when you go to restaurant you get a bill,” said Catrina de Albuquerque, vice chair of Sanitation and Water for All.

“The issue is really about affordability for all, and the big challenge is how you ensure affordability and sustainability of the service,” she said.

Ironically, it is those with the least access to water who often end up being charged the most for it.

In the cities of most developing countries, the majority of people connected to a mains network and paying subsidised rates for their water are the middle to upper class.

The rest have to find other sources, often unregulated secondary vendors who may have illegally tapped into the mains and who charge what they like.

“The net result is the poorest people who don’t have connections end up paying significantly more for what they consume than those who are connected,” said Tim Brewer, a policy analyst with WaterAid.

A key concept when debating the economics, or ethics, of water pricing is the consumer’s “willingness to pay” which aims to determine the amount of money someone will fork out for the supply of water.

But Brewer stressed that being “willing” does not necessarily equate with affordability.

“If I’m at my last gasp, I’ll be willing to pay anything for that glass of water. That doesn’t mean I can afford it,” he said.

“What might I have had to give up for the glass? Food? Medicine for my sick child?”

The general consensus is that water price rises are inevitable, but there is also agreement that tariffs must be carefully structured to allow continued water access for the poor.

Most experts also insist that pricing alone is ineffective in changing behaviour and consumer wastage can only be curbed by raising awareness of the scarcity and value of water.

Unfortunately, such awareness often only sinks in when water access is suddenly and dramatically lowered.

“Trying to make the case for water in good times should be easier,” said Anthony Cox, a deputy OECD environment director.

“But there’s nothing like a crisis to galvanise people.”

“We are for Peace but be Prepared to Defend PH Territory,” Cuisia Tells Crew of Ramon Alcaraz

PH Authorities in Touch with FBI, DHS to Make Sure No Pinoy among Casualties in Boston Marathon Blasts