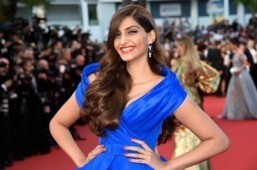 (Relaxnews) – After keeping things natural and subtle at the start of the Cannes Film Festival (headbands, nude makeup), celebrities broke out their more glamorous beauty looks over the weekend. The gaze is emphasized by smoky shadow or cat eye liner, while classic red hues and shiny glosses bring out the lips.

While designer gowns may claim most of the attention on the red carpet, makeup is an equally essential element that can make or break any look. Before climbing the famous steps at the Palais des Festivals, celebrities must plan their look to avoid mishaps, keeping in mind the potential threats of rain, wind and possibly even tears. 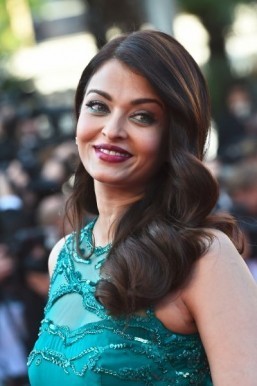 Smoky shadow vs. the cat-eye flick

Always generously made up for this type of event, the eyes were shimmery and intense this weekend, with most celebrities choosing either dark and smoky eyeshadow or a cat eye flick of liner at the outer corners.

A timeless technique, the smoky eye is still big on the red carpet at Cannes this year, though beauty-savvy celebrities know not to overdo it. Black and charcoal eyeshadows are still a popular choice, along with grey, olive green and burgundy shades, guaranteeing a dramatic effect and the appearance of larger eyes. Eva Longoria, Sophie Marceau and Sienna Miller were all spotted wearing smoldering smoky eyes this weekend.

Meanwhile, some celebrities opted for more natural eyeshadow shades, leaving the drama to the liner with a cat eye effect. Natasha Poly and Svetlana Khodchenkova were among those wearing a feline flick on the outer corners of their eyes. 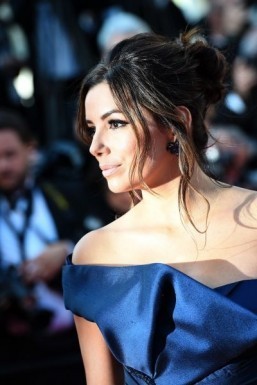 At the Cannes Film Festival just like anywhere else, the same rule of thumb applies: dark and dramatic eyes call for more subtle lips (nude shades or a simple gloss), while dark lips call for more natural eyes. For the most part, celebrities stuck to this formula, meaning that red carpet beauty looks alternated between glamorous red lips and glossy pouts in pale pink.

Among those who chose red lipstick for a more sensual smile were Sienna Miller, Aishwarya Rai and Maïwenn, as well as Sonam Kapoor, whose lips popped in a red-orange shade. Salma Hayek, Diane Kruger and Naomi Watts, on the other hand, simply wore a touch of gloss for a natural shine.

One of the most stunning makeup looks of the weekend belonged to L’Oréal Paris spokesmodel Aishwarya Rai, who made a splash in emerald green eye makeup matched perfectly to her Elie Saab gown.

Keira Knightley in talks to star in ‘Colette’

‘Grace of Monaco’ getting a straight-to-TV release in US

Newlywed Clooneys to go from palazzo party to gondola glide