Cainglet: The ‘right choice’ for Carson 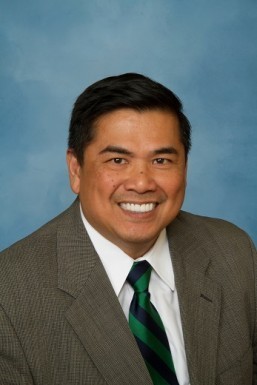 CITY Of CARSON, California – For someone, whose community involvement and commitment to serve residents in the city where he lives know no boundaries, there is no faulting Jesus “Alex” Cainglet in selecting the slogan “The Right Choice for Carson” for his campaign pitch.

In an exclusive interview with this writer Thursday, May 14, Cainglet, the lone Asian American and the only Filipino American candidate in the special elections in this city on June 2nd, said that his “main reason” in running is to pursue “my community involvement and commitment to all the residents of this city, integrate my platform with the present city government and contribute more to the well being of every resident in this wonderful city.”

Cainglet, the current chair of the Parks and Recreation Commission of Carson, is one of six candidates that include 4 Black Americans and 1 Caucasian vying for the remainder of the term of former Councilman Mike Gipson who has been elected to the California State Assembly.

The term expires in March 2017, after which a regular election will be held to elect the city mayor and the city council members.

One of Cainglet’s three major priorities if elected to the post is to invite more investors to invest in Carson and, thus, improve the economic stability of the city.

Cainglet, who is a well known businessman and banker here, says he will also actively help and continue to encourage the city government to undertake and fund worthwhile economic projects to open up more job opportunities for the city residents.

He, also, said he will continue to advocate for fiscal responsibility and transparency, and “encourage my fellow residents here to advocate and let their voices be heard on issues that affect or involve the citizenry.”

Cainglet also mentioned his planned active involvement in promoting the general welfare of mobile home residents and pursue a more vigorous affordable housing program as “this is one of the priority issues of the city.”

Cainglet, who has been, and continues to actively engage in civic projects involving community groups, also plans to “enhance public safety” in this city by increased presence of law enforcers and neighborhood watch.

“Public safety is a significant aspect of development and citizens are more likely to get involved in community projects for their development if there is a well established peace and order climate in the community, or city where they live.”

Cainglet has distinguished himself as an active community leader here, among which included former membership in the Fine Arts Commission, Public Relations Commission, Utility Users Commission and past president of the Parish Pastoral Council of St. Philomena Parish, to mention a few.