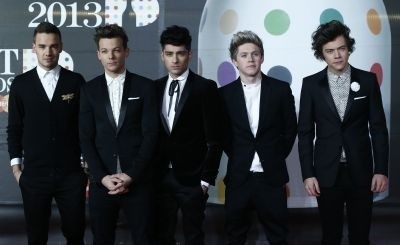 One Direction at the BRIT Awards 2013
©AFP PHOTO / ANDREW COWIE

(LONDON-AFP) – British pop phenomenon One Direction were on Thursday named as the world’s most popular recording artists of 2013 by the International Federation of the Phonographic Industry (IFPI).

“It’s great to have a chart that includes everything from iTunes and record stores, to YouTube and Spotify,” he said. “Again a huge thank you to all of our fans for such an amazing 2013.”

The boy-band’s third studio album, “Midnight Memories” raced to the top of the US Billboard Top 200 chart, making the five-piece the first group in US chart history to debut at No. 1 with their first three albums.

Their video for “Best Song Ever” attracted almost 200 million views on YouTube.

US teens love apps, not tracking