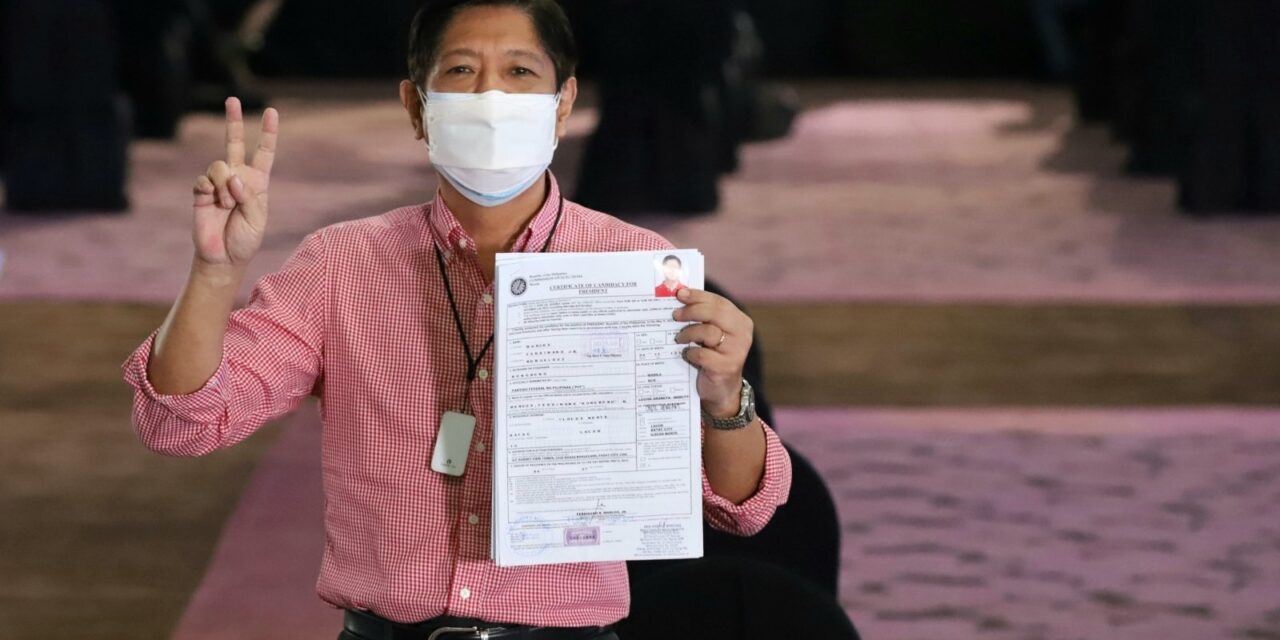 Marcos filed his COC past 11 a.m. at the Harbor Garden Tent at Sofitel Philippine Plaza Manila in Pasay City. He was accompanied by his wife, Liza Araneta.

On Tuesday, Marcos, in a Facebook video, announced that he is joining the 2022 presidential race. He made the announcement the same day he took oath as a member of the Partido Federal ng Pilipinas (PFP), a political party allied with the Duterte administration.

PFP earlier endorsed Marcos for the 2022 presidential race last September 21, the anniversary of the declaration of Martial Law by his father, the late President Ferdinand Marcos.

At a short press briefing, Marcos said PFP initially considered President Rodrigo Duterte as its vice presidential candidate, but it changed last Saturday when the President announced that he is retiring from politics.

Kilusang Bagong Lipunan (KBL), the party founded by the elder Marcos, also nominated Bongbong as its presidential candidate in next year’s elections.

Marcos said PFP will bare its Senate slate “within days from now.”

“Kung mapupuno yung 12 slate I cannot say for sure, but at the very least we will field seven or eight,” he said.

In August, Marcos said he would run for president if he could muster enough support.

Marcos lost the 2016 vice presidential race to then-Camarines Sur Representative Leni Robredo by 263,473 votes. He protested his defeat before the Supreme Court, which eventually ruled in Robredo’s favor. (MNS)

READ NEXT: Galvez: 50% of Filipinos fully vaccinated vs. COVID-19 by yearend 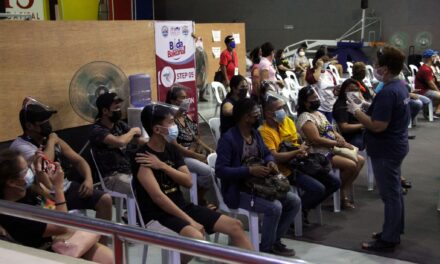 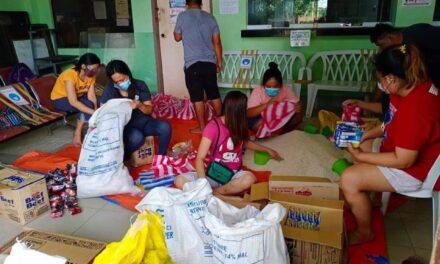 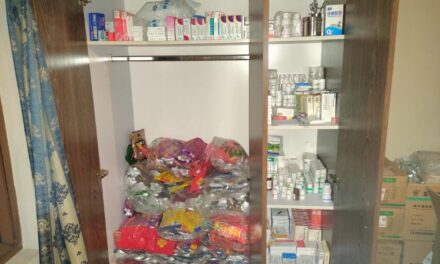 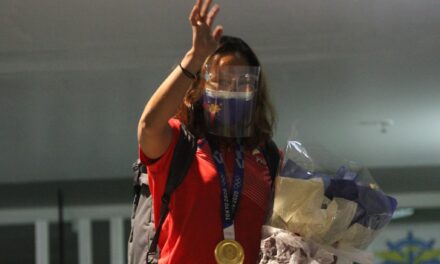 HIDILYN DIAZ ‘FORGIVES’ MALACAÑANG FOR INCLUDING HER IN ‘OUST DUTERTE’ MATRIX