BMI isn’t an accurate measure of your health, experts say 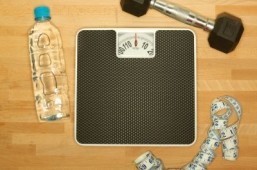 Some scientists say that it’s time to do away with a common way to measure weight: body mass index (BMI).
©Kitch Bain/shutterstock.com

(Relaxnews) – As waistlines around the globe continue expanding, some scientists say that it’s time to do away with a common way to measure weight: body mass index (BMI).

BMI, which is based on weight and height, is not an accurate measure of body fat content and does not account for critical factors that contribute to health, such where you carry your fat, proportion of muscle to fat, and sex and racial differences in body composition, the researchers said in an editorial published Friday in the journal Science.

“Most studies depend on BMI, and we know it’s not a very accurate measure,” coauthor of the Dr. Rexford Ahima, a medical professor at the University of Pennsylvania, told LiveScience.

For one, BMI doesn’t take into account how much belly fat a person may carry. Abdominal fat increases the risks of a host of illnesses, whereas peripheral fat, or fat beneath the skin, is considered less risky.

While BMI has long been considered the most reliable indicator of body fat, it doesn’t consider muscle mass, so could incorrectly indicate obesity, said lead researcher Dr. Margaret Ashwell of the Oxford Brookes University, UK, in a separate study. In that research, Ashwell led a team of investigators who looked at 31 studies, finding that waist-to-height ratio predicted diseases such as type 2 diabetes, cardiovascular disease, high blood pressure, cancers, stroke and respiratory problems better than BMI. The report was presented last year at the 19th European Congress on Obesity in Lyon, France.

In addition, there are other (more expensive) ways of measure body fat, such as CT and MRI scans, as well as DEXA scans, which can measure bone density as well as body fat, LiveScience reports. Also, levels of the hormone leptin can be measured to indicate body fat.