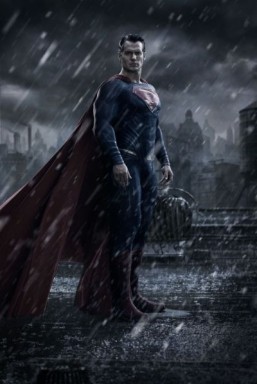 (Relaxnews) – The first image of a fully costumed Superman from 2016 Zack Snyder film “Batman v Superman” shows off a darker look in comparison to “Man of Steel.”

Though both cities are interpretations of the same real world conurbation, New York, those DC Comics reconstructions are often held in contrast against each other, keeping our two heroes from treading on each other’s turf.

With the image part of an official dispatch from Warner Bros., Latino Review broke the unsanctioned news of four antagonists lined up for “Batman v Superman.”

So memorable in “The Dark Knight,” popular Batman rival The Joker will appear “in spirit only” for narrative purposes, if he is present at all.

Waller hasn’t been officially cast, Latino Review maintains, while the film will have Edge and Lex Luthor bound together over an old gang allegiance and Cain brought into Luthor’s employ.

U2 premieres video for ‘Invisible’