Anne on Jasmine-Erwan viral photo: We are all okay 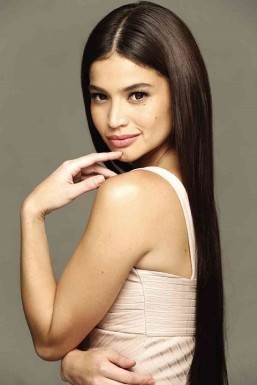 Anne Curtis refused to further talk about the controversy involving her younger sister Jasmine and boyfriend Erwan Heussaff after a photo of the two hugging went viral online.

Dismissing the controversy, Anne assured that they are not affected by it.

On Tuesday, the Kapamilya star took to social media to defend Jasmine and Heussaff.

“Hey all, this is getting out of hand. It was all an inside joke between my boyfriend, my sister, myself and everyone at the party,” she said.

“My private account was wrongly screencapped and this is becoming ridiculous. We took down posts because so many people reacted maliciously to them automatically and we didn’t want all of this to happen. Case in point.”

Anne said she is lucky because Heussaff treats Jasmine like his own sister and that he has known her since she was 13.

Meanwhile, Anne shared in the same interview with ABS-CBN News how excited she is for all the projects in store for her this year.

“Malapit na. Ang daming mangyayari. I have my children’s book coming out for UNICEF. Nagsulat ako ng children’s book and, of course, my album. I have my album coming out pa so abangan niyo lahat ‘yan this February. [It contains] original songs. Hindi all, pero napakadaming original by legit singers that wrote for me,” she sid.

Anne also shared her thoughts when asked to comment about “It’s Showtime” picking up again in ratings.

“Of course, we are very happy about it but there’s no reason to make a big issue out of it. It’s just something that we are all enjoying. We are having fun with our new segment and the new members of our family,” she said.

With her birthday fast approaching, Anne said her only wish is to reach her “fitspiration goals” by April. (MNS)

Mark enjoys being an unwed dad