ANGELICA PANGANIBAN DESCRIBES BOYFRIEND AS ANSWER TO HER ‘WHYS’ BEFORE 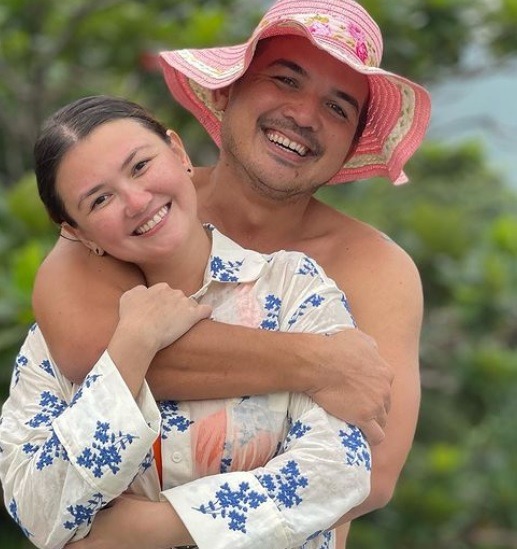 MANILA, Sept 13 (Mabuhay) — After suffering a string of heartbreaks, Angelica Panganiban called her current boyfriend Gregg Homan as the answer to all her questions in the past as she greeted her partner on his birthday.

In the short caption, Panganiban also vowed to take good care of Homan.

Panganiban was rumored to be in a relationship since November 2020. On New Year’s Day, she confirmed that speculation by posting a snap of her sharing a kiss with a man, with fireworks in the background.

At the time, Panganiban hadn’t yet identified him to be Homan. She publicly introduced him, with a selfie, a month later.

‘We might be building our home together’: Angelica Panganiban shares sweet moment with boyfriend

Homan’s Instagram profile indicates he is involved in Bay Marine Subic, which designs and leases aluminum boats and landing crafts, as well as Mangrove Resort Hotel, a boutique hotel located in Olongapo, Zambales.

READ NEXT: Sunshine Dizon in favor of legalizing divorce in PH

American Airlines, US Air to form largest US carrie