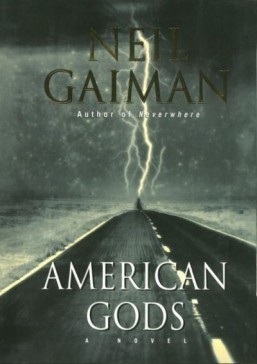 (Relaxnews) – The network adaptation of Neil Gaiman’s modern mythology “American Gods” is picking up steam after two “Heroes” staffers joined the production and US channel Starz backs the production.

The project, in production in its current form at “The Tomorrow People” and “American Idol” company Fremantle Media since 2013, is based on Gaiman’s award-wining 2001 novel about mythological European deities that migrate to the US.

Bryan Fuller and Michael Green both worked on “Heroes,” and both are used to fulfilling producer and writer roles: Fuller’s credits extend to “Hannibal,” “Pushing Daisies,” “Wonderfalls” and “Dead Like Me,” while Green has been involved in “Kings,” “Smallville” and the upcoming “Gotham.”

The show had previously been at HBO, but issues with converting the text into a workable script proved problematic, as the HBO president of programming had told NY Mag’s Vulture in June.

“Michael Green and I are thrilled to crack this toy box wide open,” read Fuller’s quote in the Starz announcement, with the pair aiming to “unleash the fantastical titans of heaven and earth and Neil’s vividly prolific imagination.”

Asian Film Awards nominations rack up for ‘The Assassin,’ ‘Port of Call,’ ‘Mountains May Depart’

Kristen Stewart is the new face of Chanel makeup

Dawn Zulueta not afraid of aging