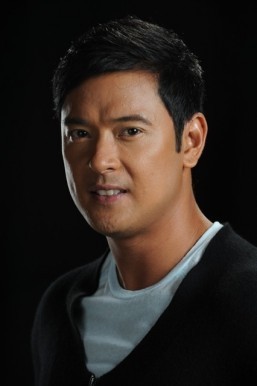 Even with all the awards he has accumulated in the last two years, mostly for his role in Jason Paul Laxamana’s “Magkakabaung” as a coffin maker tormented by the guilt of accidentally killing his sick daughter, Allen Dizon feels that he still has long ways to go before he can consider himself an accomplished actor.

“I don’t expect awards when I do a movie. I just follow what the director wants from my character. Nagkataon lang na napansin ang performance ko sa ‘Magkakabaung’. But while winning awards is a big inspiration for me, I know I still have to learn so much about acting,” Allen told InterAksyon in a recent interview.

But while largely identified with independently produced films, Allen has on many occasions appeared in mainstream movies (“Baler,” “El Presidente”) as well as television soaps (“Nasaan Ka, Elisa?,” “The Princess and I”) and drama anthologies (“Ipaglaban Mo,” “Maalaala Mo Kaya”).

Career-wise, the one-time “bold” actor has proven that he has the acting chops needed to go very far in this business. Even before he was cast in “Magkakabaung”, Allen has already earned acclaim for his performances in films like “Twilight Dancers,” “Patikul,” “Dukot,” “Bente”, “Sigwa,” “Paupahan,” “Migrante,” “Burgos,” “Kamkam” and, most recently, “Imbisibol” which gave him another Best Actor win at the first Sinag Maynila Film Festival.

As inspirations go, Allen does not hesitate to acknowledge his children as the biggest reason why he continues to constantly improve on his craft.

“Sila talaga ang dahilan kaya lalo kung pinagbubutihan ang trabaho ko. I want my children to be proud of me. It makes me so happy whenever my children congratulate me after winning an award. One time, they were even the ones who received my Best Actor on my behalf,” he happily shared.

Currently, Allen is one of the few actors who has the luxury of shuffling indie and mainstream projects. On television, he was recently cast in the upcoming ABS-CBN teleserye, “Doble Kara” which is topbilled by Julia Montes and Edgar Allan Guzman. He is also scheduled to appear in an upcoming episode of TV5’s “LolaBasyang.com”.

On the big screen, he is set to start to work with the award-winning tandem of filmmaker Joel Lamangan and screenwriter Ricky Lee in “Sekyu” where he plays the title role of an ill-fated security guard. A project with another acclaimed filmmaker, Brillante Mendoza, is also in the works.

But the project Allen is presently most excited about is Mel Chionglo’s “Iadya Mo Kami” (originally titled “Daluyong”) which has already wrapped up shooting and will soon be shown in cinemas.

Playing a priest who falls in love with a girl and gets her pregnant, Allen is excited to finally work with actress Diana Zubiri who he says is one of his contemporaries when he was starting out in the business.

Not bad at all for someone who reluctantly started his career doing sexy films.