All Airbus A380 jets to be checked for wing cracks: EASA 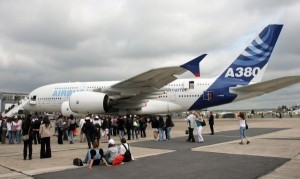 All 67 Airbus A380 superjumbo planes currently in operation are to be checked for wing cracks. ©AFP PHOTO/PIERRE VERDY

(FRANKFURT-AFP) – The European Aviation Safety Agency has ordered all 67 Airbus A380 superjumbo planes currently in operation to be checked for wing cracks, a spokesman said on Wednesday.

Already in January, EASA said that 20 such jets be inspected after cracks were found in the wings of Singapore Airlines, Emirates and Air France planes.

“In view of the outcome of those checks, it was decided to expand them to the entire fleet currently in operation,” the spokesman said.

“This is not a fatigue cracking problem,” Williams said, blaming the cracks on design and manufacturing issues. “The cracks do not compromise the airworthiness of the aircraft.”

Titanic centenary – on both sides of the Atlantic, destinations associated with the liner prepare to commemorate