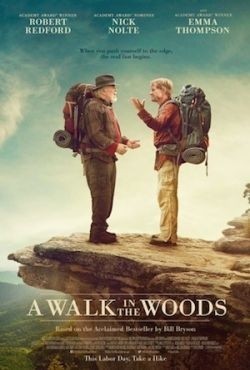 Robert Redford and Nick Nolte star in “A Walk in the Woods.”
©All rights reserved

(Relaxnews) – Bookworms have several upcoming movies to look forward to, with new trailers out this week revealing Robert Redford as author Bill Bryson and Jason Segel as David Foster Wallace, plus new clips of Michael Fassbender as Macbeth making the rounds following the Cannes Film Festival.

“A Walk in the Woods”

Based on Bill Bryson’s memoir of the same name, which recounts his experience hiking the Appalachian Trail with an old friend, the adaptation starring Robert Redford (as Bryson) and Nick Nolte revealed a first trailer this week. Directed by Ken Kwapis, the film opens in the US on September 2. Watch the trailer at www.youtube.com/watch?v=Nx1AMfC-F2g.

“The End of the Tour”

Jason Segel (“How I Met You Mother”) plays the “Infinite Jest” author David Foster Wallace in this movie directed by James Ponsoldt. Jesse Eisenberg is the writer and journalist David Lipsky, whose 2010 memoir, “Although Of Course You End Up Becoming Yourself: A Road Trip,” serves as the movie’s source material. The film, which premiered at Sundance, hits US theaters July 31. Watch the trailer: www.youtube.com/watch?v=fqUa5sYHC9s. 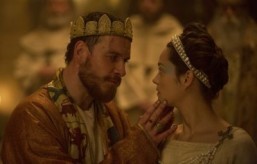 ALA Promotions features talents to America with Pinoy Pride Edition

James Franco to be honoured at Outfest Awards