A HyFive for hydrogen power 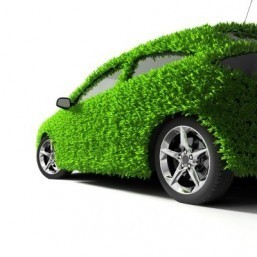 The project will improve the hydrogen refueling network and increase the number of hydrogen fuel cell cars on the road.
©Anton Balazh /shutterstock.com

(Relaxnews) – A new Pan-European scheme will cost £31 million (€38.4 million) and aims to make hydrogen fuel cells a viable alternative to both fossil fuel-powered cars and plug-in electric vehicles in a number of the continent’s leading cities.

In total, five major car makers have signed up to the project, which was officially announced at London’s City Hall at an event coordinated by the mayor of London, Boris Johnson.

Described as the largest project of its kind in Europe, HyFive — or Hydrogen For Innovative Vehicles to give it its full name — will consist of two stages. The first will see hydrogen fuel suppliers extend the current European hydrogen refueling network by identifying new sites for and building more refueling stations in London, Aarhus and Odense in Denmark and Innsbruck (Austria). Work is expected to be completed and the pumps operational by 2015.

At this point, the car companies signed up to the deal — Toyota, Honda, BMW, Hyundai and Mercedes-Benz parent company Daimler — will start selling hydrogen fuel cell cars in these countries. The target is to deploy 110 cars.

Of the project, the mayor of London, Boris Johnson, said, “To sell this technology we need to show Londoners and the wider world that it is not science fiction. By building the vehicles and the filling stations and allowing people to kick the tires we will be able to demonstrate that hydrogen is a viable option and that London is at the forefront of efforts to make it so.”

Hydrogen has the potential to be a revolutionary fuel. A hydrogen fuel cell car is very much like a plug-in electric car. However, rather than draw electricity needed to power the vehicle from the mains or the power grid, in a fuel cell car, the power comes from the hydrogen gas reacting with oxygen in the atmosphere. The reaction creates electricity and the only waste product is water vapor. And, unlike a ‘traditional’ electric car, a hydrogen fuel cell car can be ‘filled up’ at the pump like a gasoline-powered car. There’s no need to plug it in and leave it to charge up overnight, meaning that, when the refueling infrastructure is finally in place, it can be driven like a normal car.

Bert De Colvenaer, Executive Director of the FCH JU (Fuel Cells and Hydrogen Joint Undertaking), said: “With a total of 110 FCEVs and 6 new refuelling stations, HyFIVE will represent the largest single project of its kind financed by the FCH JU. The high level of technology readiness of this zero emission transport technology will be showcased in 5 European Member States, thus ensuring a broad geographical outreach. In addition, the project will also contribute to the build-up of the first networks at local levels necessary to support the market introduction of the vehicles in the coming years. With the participation of leading automakers and infrastructure providers, HyFIVE illustrates the commitment from leading industrial players in the EU and the spirit of cooperation that I am convinced will enable the success of these technologies.”