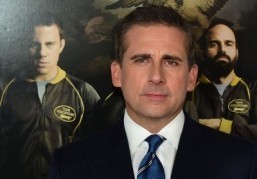 US actor Steve Carell at a screening for “Foxcatcher”
©AFP PHOTO/Frederic J. BROWN

Steve Carell has been a hot tip for Best Actor ever since “Foxcatcher” premiered at Cannes in May, his transformation into philanthropist sports coach John du Pont — acting alongside Channing Tatum and Mark Ruffalo as Olympic wrestling hopefuls Mark and Dave Schultz — hailed as a revelation.

Carell, a staple of TV comedy through near-on 300 episodes of “The Daily Show” and the US version of “The Office,” and a bona fide member of the Frat Pack with parts in both “Anchorman” films and a lead role for “The 40-Year-Old Virgin,” ensured his reputation as a character actor with an increasingly sinister turn as Du Pont for director Bennett Miller.

What’s next in Carell’s increasingly varied career? There’s “Freehold,” a romantic drama with Julianne Moore and Ellen Page, based on the true life story of a terminally ill woman struggling to get her female partner written into a legal will, and Warner Bros.’ Looney Tunes project, provisionally titled “Acme.” 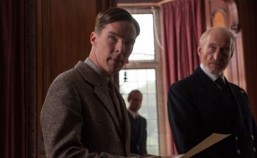 Benedict Cumberbatch in a scene from “The Imitation Game”
©StudioCanal

For “The Imitation Game,” Cumberbatch takes audiences through Turing’s lived experience as a schoolboy, a technician and a theorist who decisively cracked a sophisticated and crucial wartime cipher and, a decade later, as a convicted criminal who, after suffering a house theft, was charged with gross indecency and ordered to undergo an experimental hormone therapy as a result. 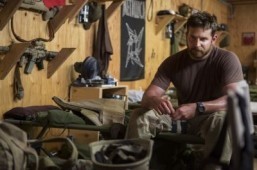 Cooper, like Carell, has primarily been known as a comedic actor, thanks to a leading role in the “Hangover” films as well as parts in “Wedding Crashers,” “The A-Team” and “Guardians of the Galaxy.”

But “American Hustle,” satirical though it may have been, further highlighted Cooper’s potential as a dramatic actor and saw him nominated for the Academy’s Best Actor award for the second time — the first was for 2013’s “Silver Linings Playbook.”

Now he returns to the category, fronting Clint Eastwood’s Iraq War biopic “American Sniper,” a sure bet to become the biggest box office bank among Best Picture contenders after taking $316 million in cumulative revenues in its first three weekends and a wider release coming this month; that’s in comparison to “The Grand Budapest Hotel,” in second, which stands at a global take of $174m after 10 months, and most of that coming from outside the States. 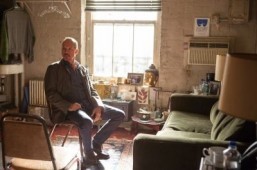 Perhaps Keaton’s best-known role is that of the dark knight, Batman, in the Tim Burton pairing “Batman” (1989) and “Batman Returns” (1992), having previously won recognition for playing the impish title character in another Burton scenario, “Beetlejuice.”

His recent casting as a corporate CEO in the remake of “Robocop” indicated a degree of metafictional self-reference, but “Birdman” eclipsed that by far: protagonist Riggan Thomson is struggling to get back into the game, having made his name as a superhero many years earlier.

“Birdman” left the Academy Awards nomination announcement with a total of nine nods, joint top with “The Grand Budapest Hotel,” and Keaton goes into Hollywood’s Dolby Theatre on February 22 having already received the Golden Globe for Best Actor as a result of his incredible comeback.

Eddie Redmayne, “The Theory of Everything” 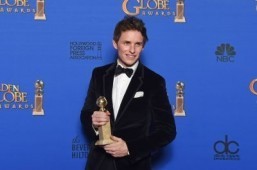 British actor Eddie Redmayne won a Golden Globe for his performance in “The Theory of Everything.”
©AFP PHOTO / FREDERIC J BROWN

Eddie Redmayne’s career has taken him from the stage, where in 2010 he won a Tony and an Olivier Award for his part opposite Alfred Molina in Rothko biography “Red,” to lavish cinematic production “Les Misérables” in 2012.

Last year was his standout, the 33-year-old portraying scientific genius Stephen Hawking from youth to early middle age opposite Felicity Jones (“Like Crazy,” “The Amazing Spider-Man 2”).

Redmayne goes on to appear as antagonist Balem Abrasax in the Wachowskis’ space opera “Jupiter Ascending” this February.

KARLA ESTRADA REFERS TO KATHRYN AS HER ‘FUTURE DAUGHTER-IN-LAW’